See our lab compact and philosophy. 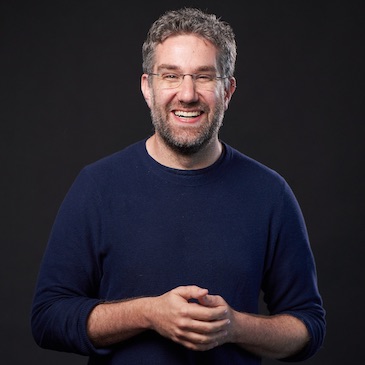 James was an undergraduate at McGill University, where he worked in the lab of Dr. Francois Fagotto on Xenopus developmental biology. During the summers, he returned to his hometown of Toronto and worked in Dr. Alan Davidson’s lab on TetR repressor biophysics and bacteriophage genomics.

He moved to California in 2005 to do his Ph.D. in Molecular and Cellular Biology at UC Berkeley. There, he worked with Dr. Tom Alber creating biophysical methods to characterize protein side chain flexibility in high resolution X-ray electron density maps. They applied these techniques to study connections between conformational dynamics and enzymatic catalysis, showing that room temperature, but not standard cryogenic, X-ray data collection could reveal the structural basis for critical functional motions.

Near the end of his Ph.D., he was an EMBO Short-Term Fellow in Dr. Dan Tawfik’s lab at the Weizmann Institute of Science. Concurrently, he authored the problems and solutions manual for the physical chemistry textbook The Molecules of Life by Kuriyan, Konforti, and Wemmer.

In January 2011, James started his independent career as a QB3 at UCSF Fellow affiliated with the Department of Cellular and Molecular Pharmacology. In January 2013, he was appointed as an Assistant Professor in the Department of Bioengineering and Therapeutic Sciences and the California Institute for Quantitative Biosciences (QB3) with promotion to Associate Professor in 2016, and Full Professor in 2020. The lab is also part of the Macromolecular Structure Group at UCSF and BioXFEL, a Science and Technology Center established by the National Science Foundation. We maintain a deep connection with Beamline 8.3.1., directed by Dr. James Holton, at the Advanced Light Source. James is also a Faculty Scientist in the Molecular Biophysics and Integrated Bioimaging Division of Lawrence Berkeley National Lab. James is the Associate Director of the Biophysics Graduate Program.

In addition to all the exciting developments in the lab, James is on the board of ASAPbio and has a long standing interest in teaching computational biology, baseball statistics, and project-based courses. The lab is committed to publishing our code, disseminating our datasets, and posting manuscripts on preprint servers. His full conflicts of interest are available here. 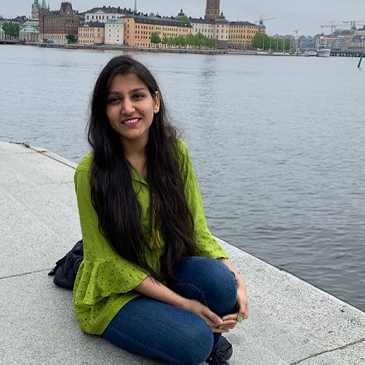 Pooja received her Ph.D. from the University of Oulu in Finland. Her thesis focused on the structural characterization of mycobacterial membrane proteins using X-ray crystallography and small angle X-ray scattering (SAXS).

In the Fraser lab, Pooja will utilize both X-ray crystallography and cryo-EM to study the drug complexes of tubulin and understand the molecular mechanism of resistance of anti-parasitic drugs.

Outside of lab, Pooja enjoys long walks and board games. 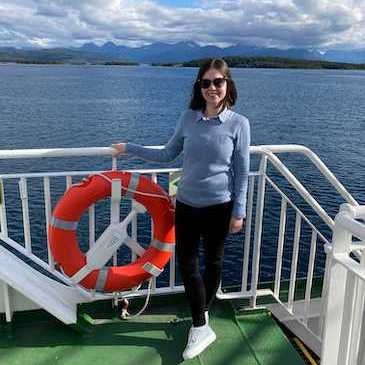 Lena graduated in pharmacy at the Julius-Maximilians-University in Wuerzburg, Germany. During her Ph.D. in biochemistry at the LMU Munich, she focused on the molecular mechanism of chromatin remodeler recruitment in yeast.

In the Fraser lab, Lena is responsible for lab management as well as protein purifications and subsequent assays.

On the weekends you can find her hiking in the forest or mountains or going to the ballet. 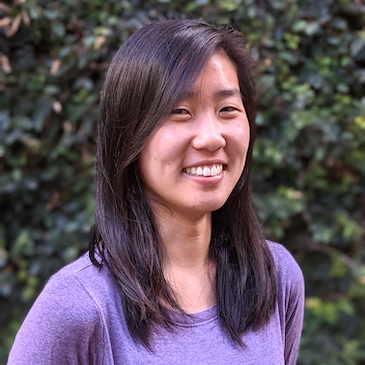 Daphne graduated from UCLA with a degree in Biophysics. As an undergraduate, she studied the effects of chaotropes and kosmotropes on protein hydration layers under the guidance of Dr. Giovanni Zocchi.

Outside of lab, Daphne enjoys exploring San Francisco, playing video games, reading, and playing with her cat Lilly. Daphne is supported by a graduate fellowship from the UCSF Discovery Fellows Program.

Galen’s research interest lies in using structural biology to tackle problems in protein engineering and drug design. He earned his Ph.D. from the Australian National University, where he worked with Dr. Colin Jackson on the structure, function and evolution of insect enzymes that detoxify organophosphate nerve agents.

In the Fraser lab, first as a postdoc and now as a staff scientist, Galen is using recently developed methods in fragment-based drug discovery to guide the design of new inhibitors of an emerging anti-cancer therapeutic target and leading the high-throughput crystallography component of the QCRG AVIDD Program to discover new anti-virals. 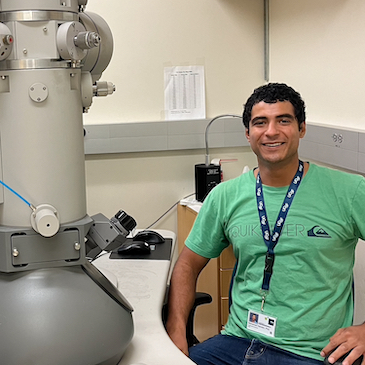 Mohamad hails from Southern California where he attended UC Irvine to pursue his B.S. in Biochemistry and Molecular Biology. Here, he researched fruit flies, bacteria and viruses. For his Ph.D. studies in Metabolic Biology, he trained under Dr. Marc Hellerstein at UC Berkeley on stable isotope methods and technology combined with mass spectrometry to investigate the fluxes of metabolic pathways in human health and disease.

In the Fraser lab, Mohamad is pursuing his postdoctoral studies where he will emerge in biophysics and structural biology to study ribosomal structures of M. tuberculosis using Cryo-EM. For his recreational activities, Mohamad really enjoys going to concerts with his wife and playing guitar.

Robbie graduated from the University of Miami with a degree in Neuroscience. He studied how transcription factors regulate axon regeneration in the central nervous system as an undergraduate in Dr. Vance Lemmon’s lab.

In the Fraser lab, Robbie is interested in utilizing biochemical and structural techniques to study interactions between chitin-binding proteins and chitin.

Robbie is supported by graduate fellowships from NSF and HHMI, and his cats Boo the Cat and Timo the Cat.

Gabby graduated from UC Santa Cruz with a degree in Biochemistry and Molecular Biology. As an undergraduate, she studied the structure and dynamics of telomeres and telomerase under the mentorship of Dr. Michael Stone, where her focus was on developing a high-throughput platform to study telomere lengthening.

In the Fraser lab, Gabby is interested in studying the allosteric regulation of kinase activity through molecular and structural biology.

Outside of lab, Gabby enjoys exploring nature and tries her best to longboard. 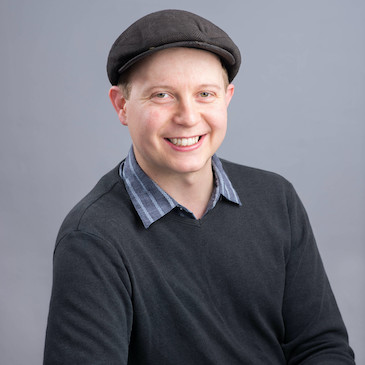 Eric is interested in understanding how protein conformations impact function and regulation, and, how posttranslational factors that occur throughout a protein’s lifetime further tune function. Eric graduated from the University of Colorado, Boulder with degrees in Biochemistry and Molecular, Cellular, and Development Biology. As an undergraduate, he worked with Dr. Zhongping Tan using chemical biology approaches to study glycosylated proteins. As a graduate student in Dr. Andy Martin’s lab at UC Berkeley, Eric studied how conformations and conformational dynamics of the 26S proteasome influence degradation processes. He also collaborated with Dr. Susan Marqusee’s lab to help illuminate how energetic changes conferred by site-specific ubiquitination on substrate proteins influenced whether, and how, these proteins were degraded by the proteasome.

In the Fraser lab, Eric seeks to understand how protein conformational states influence activity and regulation of metabolic enzymes.

When not in the lab, Eric enjoys spending time at home with his cats Stella, Bart, and Dusty, climbing, running, skiing, mountain biking, and cooking.

Eric is supported by a Kirschstein NRSA (F32) fellowship from NIH/NIGMS. 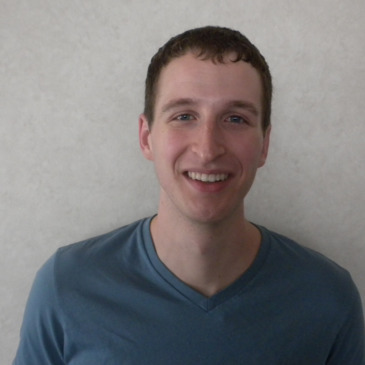 Daniel graduated from Stanford, where he worked on single-molecule biophysics with Dr. Steven Block.

Outside of lab, Daniel can usually be found running or playing board games. 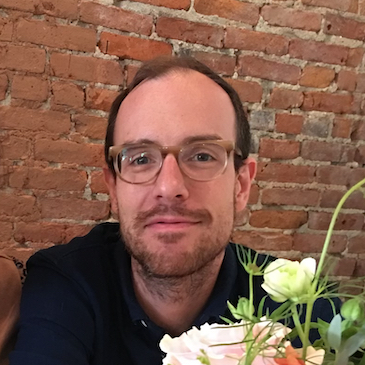 Christian graduated from Arizona State University with degrees in Mathematics and Biochemistry, where he conducted research in the total synthesis of marine natural products with Dr. George Pettit. Afterwards, he attended the University of Michigan for his Ph.D. in Biophysics. In Dr. Randy Stockbridge’s lab, he studied the evolution and function of a number of membrane protein families.

Outside of lab, he enjoys books, music, being outdoors and/or on a bike, and drinking too much coffee.

Jen completed her undergraduate degree at Boston University in Biochemistry and Molecular Biology where she studied neurobiology of female rat reproduction under Dr. Mary Erskine. She then went on to work as a lab supervisor and in the algae biofuels industry before returning to academia to pursue her Ph.D. at UC San Diego in the lab of Dr. Michael Burkart. In the Burkart lab, Jen worked on diverse projects ranging from the use of biochemical probes to understand protein-protein interactions in fatty acid and polyketide synthases to various approaches including metagenomics to explore the biochemical influences on marine atmospheric composition.

In the Fraser lab, Jen seeks to utilize computational approaches to enable high-throughput experiments through automation and pipeline development. 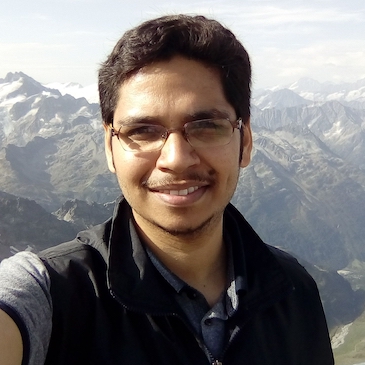 Tushar recently graduated from Department of Chemistry, Universität Hamburg. His research project was carried out in the laboratories of Dr. Arwen Pearson (Center for Free-Electron Laser Science) and Dr. Trevor Forsyth (Institut Laue-Langevin). As a graduate student, he worked on two enzyme systems: E. coli copper amine oxidase (ECAO) and aspartate α-decarboxylase (ADC). In case of ECAO, he explored the effect of two non active site mutations whereas in case of ADC, he studied the effect of binding of a ligand on structure and dynamics of these enzymes. For this, he used a combination of neutron spectroscopy, X-ray/neutron diffraction and molecular dynamics simulations.

In the Fraser lab, Tushar will work on the structural basis of translation stalling using single particle cryo-EM. He will create a predictive model for interactions between nascent peptide motifs, small molecules, and the ribosome. 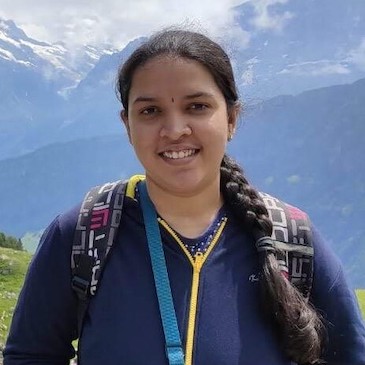 Ashraya graduated from Anna University, India with a Bachelor of Engineering in Computer Science. She completed her Ph.D. in the Molecular Biophysics Unit at the Indian Insitute of Science in March 2021. During her Ph.D., Ashraya performed computational studies to understand various aspects of stereochemistry of crystal and cryo-EM protein structures.

In the Fraser Lab, Ashraya seeks to develop ensemble modeling methods for cryo-EM and X-ray crystallography. 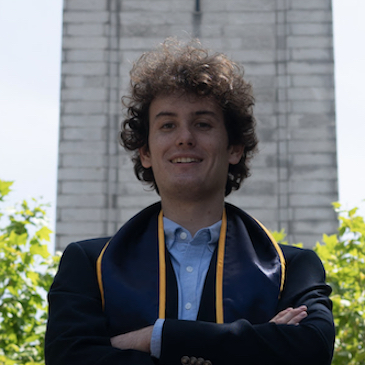 CJ graduated from UC Berkeley with a degree in Genetics, Genomics and Developmental Biology. As an undergraduate, he studied how somitogenesis is initiated in Xenopus laevis under the mentorship of Dr. Richard Harland.

Outside of lab, CJ enjoys biking, hiking, cooking, and music, and playing guitar.

Sonya graduated from Williams College with a degree in Chemistry. As an undergraduate, she studied antibiotic resistance mutations in beta-lactamase under Dr. Kathryn Hart. Outside of the lab, she likes to listen to podcasts and stare into space.

Stephanie graduated from the University of Massachusetts, Amherst with a degree in Biochemistry and Molecular Biology. During undergrad, she performed research on pancreas development under Dr. Kimberly Tremblay. She also performed research on the economics of the Clean Water Act under Dr. Paul Kolkoswki. Subsequently, she worked as a senior research data specialist and a computational biologist at Dana-Farber Cancer Institute and Broad Institute of MIT and Harvard. There, she worked on many genitourinary translational research projects under Dr. Eliezer Van Allen and Dr. Joaquim Bellmunt.

Outside of lab Stephanie enjoys running, reading, gardening, and eating lots of lettuce.

Stephanie is supported by graduate fellowships from NSF and the UCSF Discovery Fellows Program. 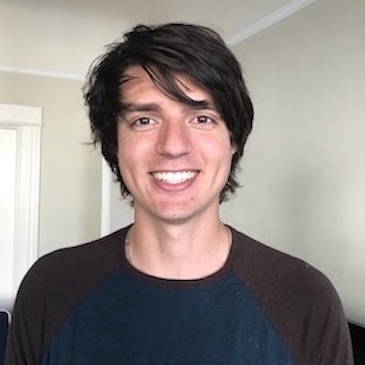 Willow graduated from the Evergreen State College with degrees in Chemistry and Environmental studies. As an undergraduate in Dr. Anitra Ingalls’s lab at the University of Washington, he studied how B vitamins mediate microbial interactions and diversity in the open ocean. For graduate school, Willow did his Ph.D. in Dr. Daniel Schmidt’s lab at the University of Minnesota, where he developed massively parallel sequencing-based methods to study and engineer proteins. Using mutational and insertional scanning methods, Willow found these methods can be useful for identifying regions of a protein involved in functionally meaningful conformational changes, developed mechanistic models for how to assemble protein domains to create useful multi-domain protein tools, and studied the evolution of ion channel regulation.

As an HHMI Hanna Gray and QBI Fellow, Willow is inventing high-throughput sequencing-based biophysics and biochemistry methods for understanding how a genetic, chemical, or physical perturbations alters the trafficking or functional state of receptors. The long-term goal of this work is to build mechanistic holistic models of how receptors break in disease and work in normal physiology 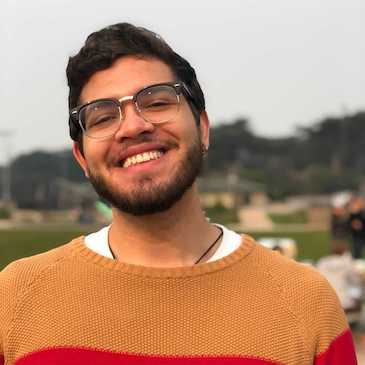 Donovan graduated from CUNY John Jay College with a degree in Cell and Molecular Biology. As an undergraduate, he worked under Dr. Nathan Lents to help develop a computational model that determined an individual’s time of death based on changes in the cadaver’s skin microbiome.

In collaboration with Dr. Willow Coyote-Maestas, he is studying the structure-function relationship of the ESX-3 secretion system in M. smegmatis.

Outside of lab, Donovan enjoys watching movies, gaming, reading, and listening to music. He promises he isn’t ignoring you, he’s just wearing headphones and they’re hidden by his hair.

Donovan is supported by a Kirschstein NRSA (F31) fellowship from NIH/NIGMS. 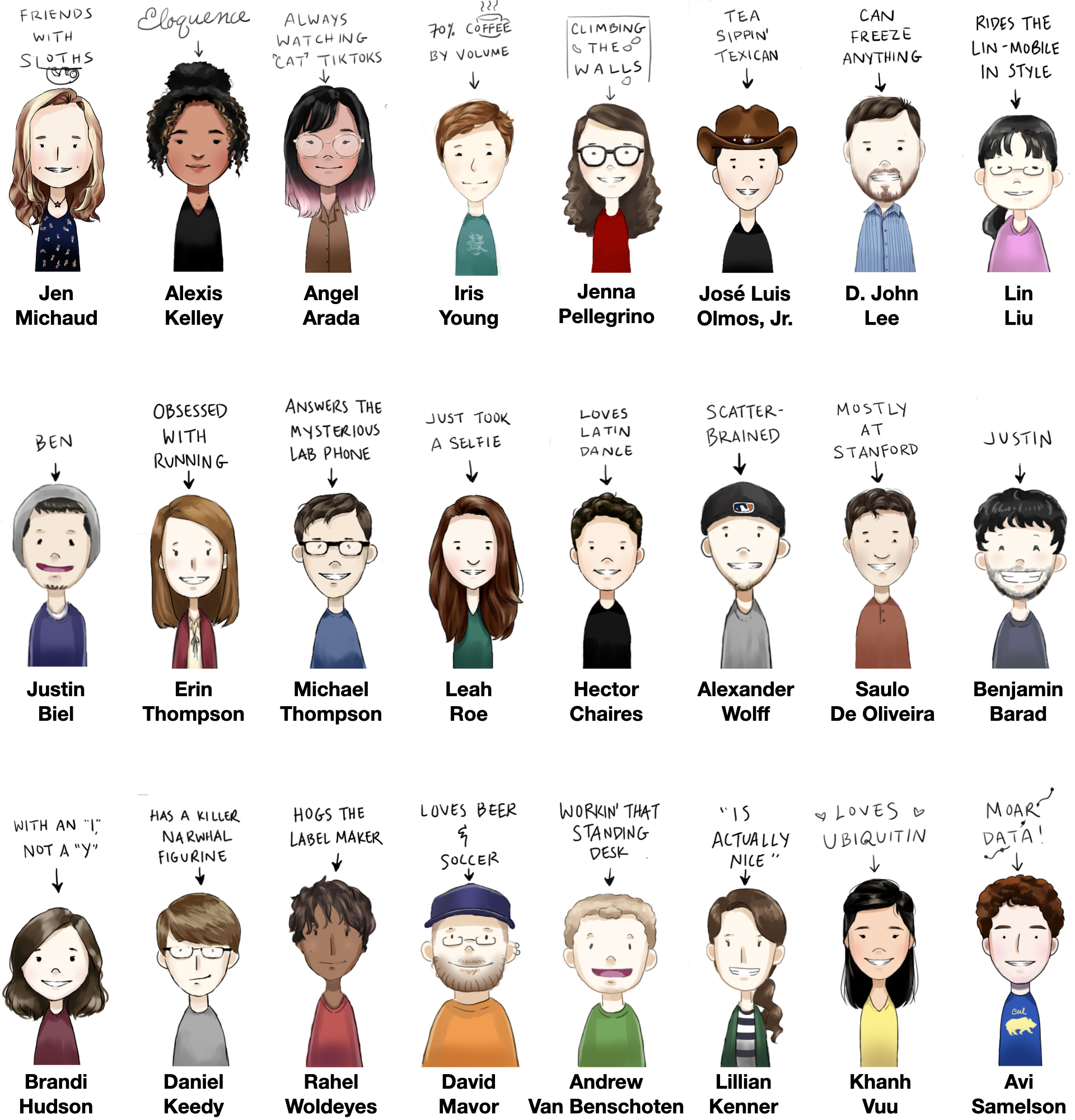