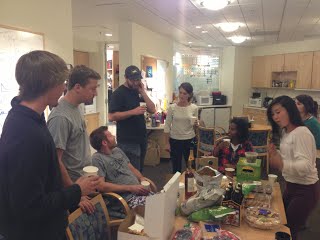 describing how he felt after answering… 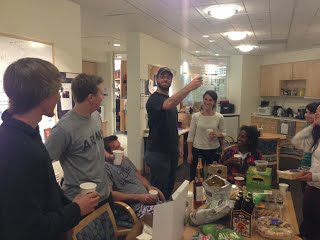 two down, one to go!

The Fraser lab took advantage of our proximity to ATT park to catch the Toronto Blue Jays humiliate the SF Giants 4-0. RA Dickey’s knuckball was floating and the BLLs were flowing!

Thanks to Rich for organizing a fun outing for the Fraser, Bainton, Oldham, and Daneman labs.

Welcome to Ken, our first rotation student from the PSPG graduate program!

Daniel tapped into the Harlem Shake meme to describe CypA’s transition from cryo to RT!

The new issue of Methods in Enzymology is out! Articles featuring our collaboration with Tanja Kortemme’s lab (go Noah!) and another from Daniel Keedy’s graduate work are among those included in this comprehensive review of the latest and greatest in Protein Design.